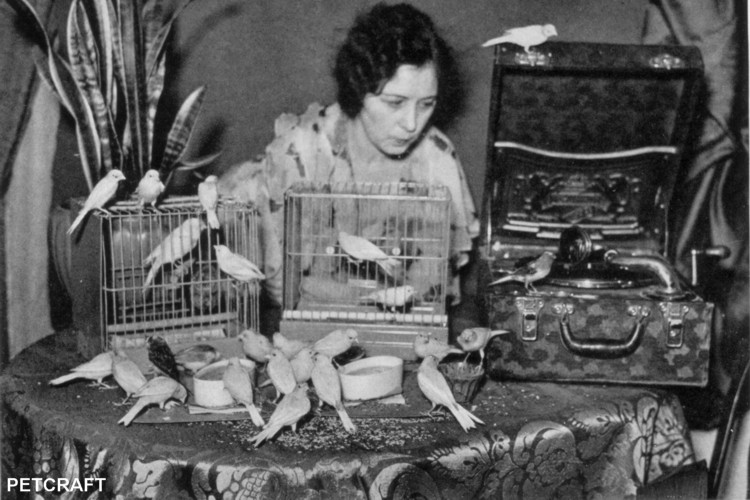 Rhythms hot from Tin Pan Alley set the pace for vocal outpourings of the dozens of canaries kept by a resident of Washington, D. C., in a one-room apartment. While a canary inherits the general character of its notes, it responds readily with lusty song to the music of many kinds of instruments. Fox trots, waltzes, tangos, and even popular “swing” tunes played on the phonograph, encourage the birds to greater (and better accented) efforts, according to this experimenter.
Photograph by Edwin L. Wisherd