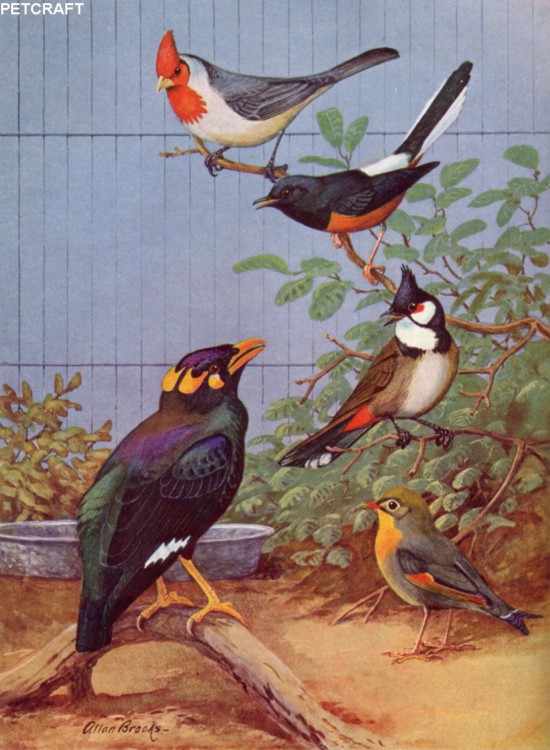 The white-eared, or red-whiskered, bulbul (Otocompsa jocosa) is found from India to the Malay Peninsula. It is an example of a common type of which several species and sub-species are found regularly in captivity (Color Plate VIII).

A closely allied bird from India lacks the white tips on the tail feathers. Another, from the same country, is minus the red spot on the cheeks, and there are still others in which the red of the under tail coverts is replaced by yellow. There are some with yellow breasts, some with streaked throats, and so on. All  agree in slender form and in jaunty, erect crest.

The bulbul of the poets is found in this family (the Pycnonotidae), a group of which some kinds are good songsters, while others are not so proficient. Bulbuls require soft food, but with proper care are hardy in captivity.