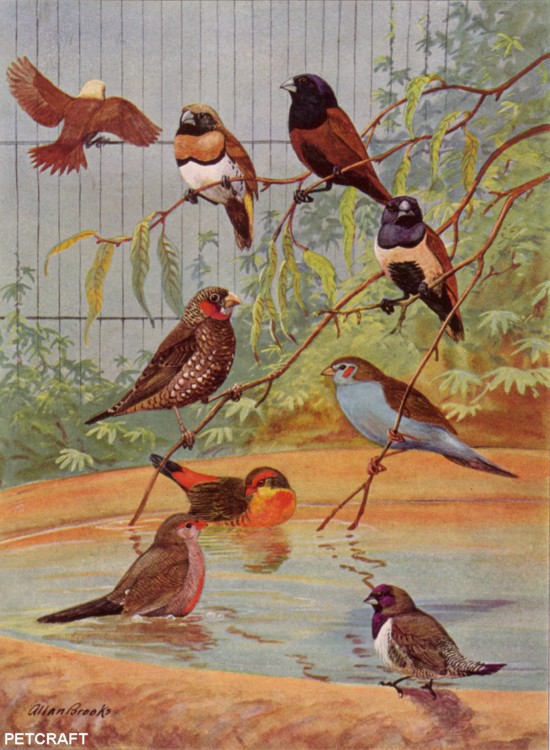 The bronze nun, or bronze mannikin (Spermestes cucullatus), is a smaller species than its associates of the same general name, but has the same chunky form and heavy bill (Color Plate VII).

From its native home in Africa it has been taken abundantly into captivity, and though not a showy bird it is one that is common in aviaries and cages. Male and female are colored alike, but the young are plain. dull brown.

Curiously enough. this little bird is common as a wild bird in the island of Puerto Rico in the West Indies. It was introduced and naturalized there many years ago, possibly during the time of the slave traders, when ships were bringing their human freight from West Africa. I have seen them in the hilly country of Puerto Rico in flocks of hundreds that fed on ripening grass seeds on the ground.

When startled they fly up to perch in the limbs of trees, where as soon as they alight they sidle along the limbs until they rest in twos or threes, nestling contentedly close together. Their nests are untidy. domed structures of dried grass stems with ends projecting all around. The eggs are white.