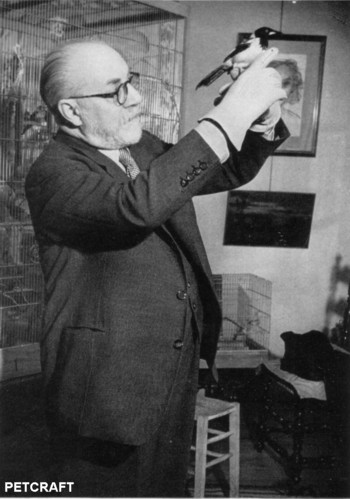 At his studios in Paris and Nice, the contemporary French painter, Henri Matisse, keeps cages of feathered pets from many parts of the world. Comparing the fresh, vivid plumage of the birds with some of his paintings, the artist is able to judge the richness of his own chromatic efforts. Visitors to Matisse’s studios are sometimes treated to exhibitions of tricks he has taught his charges. Here the painter admires a black-and-orange troupial from South America
Photograph Brassai from Black Star