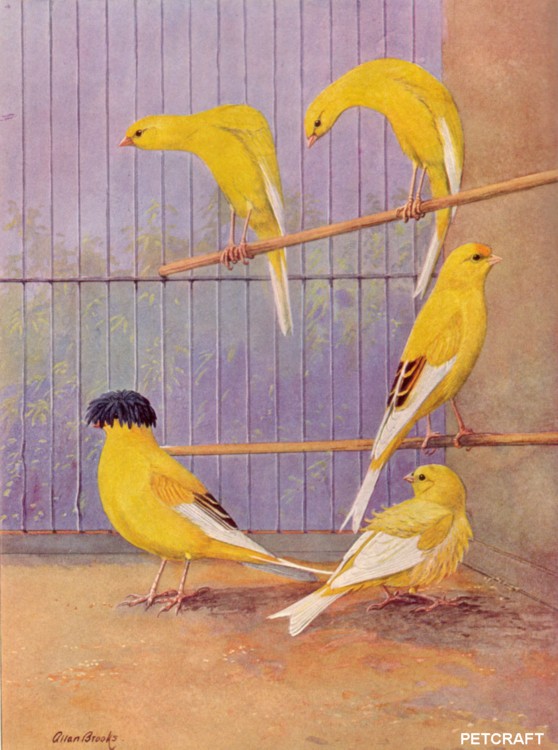 The frilled canary, seen perhaps most often in the Netherlands and France, has many of the body feathers long and slightly recurved at the tip, so that the plumage appears loose and fluffy, almost as if some of the feathers were growing upside down (Color Plate II).

This type usually has a clear-yellow color and shows considerable variation in the extent of the frilling.