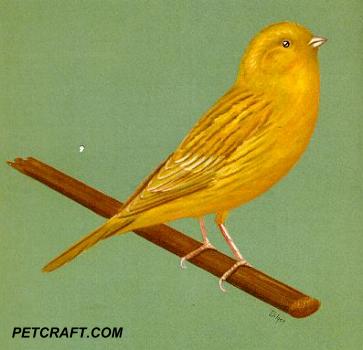 Cinnamon Chopper Canary
The rich yellow-brown cinnamon coloring is an important variation in canaries. Being most attractive in itself, in addition, it is the basis for the delightful fawn coloring. The cinnamon pictured here had a well formed body, just a bit thick in the neck. Pencilling in a cinnamon is a deeper shade of the same yellow-brown body color, and similarly, the ends of the flight feathers can be an even deeper yellow-brown shade.