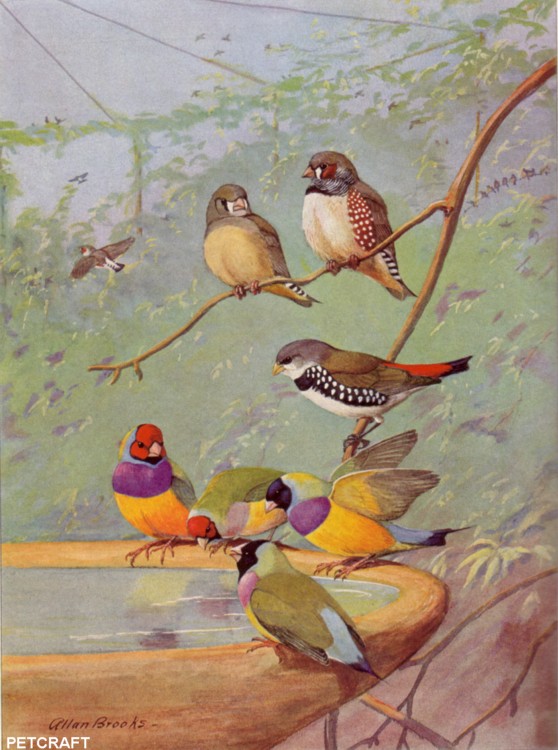 Australia, as well as Africa and Asia, has interesting species of weavers that for years have been reared in abundance in captivity, in addition to being trapped wild for the aviary trade. The zebra finch (Taeniopygia castanotis), named from the narrow black bands on the upper breast and throat of the male, is one of the best known of these, as it is easily handled both in cages and in aviaries (Color Plate VI). It is one of the species that nest readily in captivity if given a suitable cavity and some dried grass with which to line it.

At freedom zebra finches construct a small bottle-shaped or domed nest, with an entrance at one side, which is suspended in bushes or trees or may be placed beneath the large stick nest of a hawk or eagle. They also build in holes in trees. The eggs are white with a pale bluish tinge. Five or six is the usual number. but 16 or 18 eggs, probably laid by several females, may be found in a single nest.

The birds range in flocks that frequently contain hundreds of thousands. At watering tanks in dry seasons it is sometimes expedient to build little ladders on which birds that fall in may climb out; otherwise so many are drowned that their bodies pollute the water.