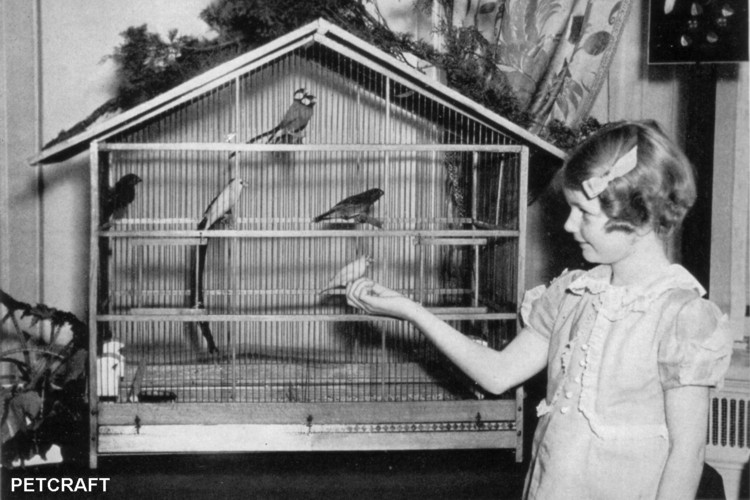 At the third annual exhibition of the Bird Fanciers Association, held at the Waldorf-Astoria Hotel in New York City in November, 1937, pretty Miss Ursula Reimer was snapped at an aviary while feeding Java sparrows (top) and other exotic species. An albino Java sparrow (left center) is a prize in any collection.
Photograph from Wide World