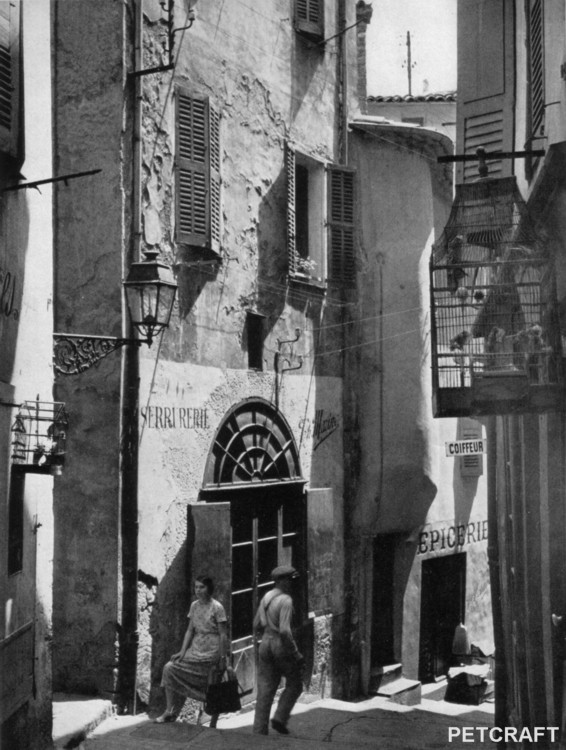 BIRDS IN CAGES HANGING ON THE WALLS OF HOUSES BRING SPRINGTIME MELODY TO A PARIS SIDE STREET
On one side of the narrow alley of steps hangs a small and modest cage, while on the other is a veritable bird apartment house. Even the poorer people have their canaries and finches. In this corner of a street of small shops there are a serrurerie (locksmith), a coiffeur (hairdresser), and an epicerie (grocery).
Photo by Relang from Three Lions