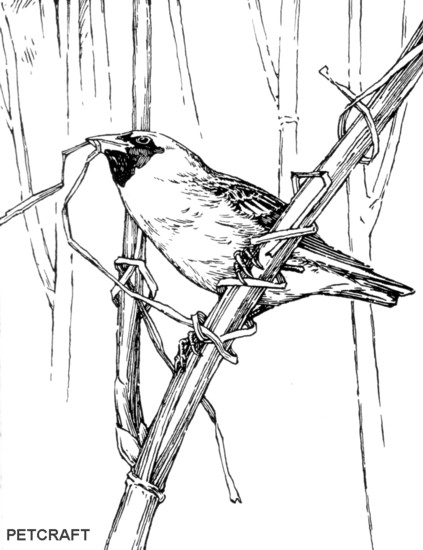 A sketch by a Geographic staff artist shows the craftsmanship with grass and pliant twigs which has given the weaver family its name. A live red-billed weaver in the National Zoological Park in Washington, D. C., “posed” for the drawing. In decorating their cages they sometimes undo their work and start over again until finally satisfied.
Drawing by Hashirne Murayama