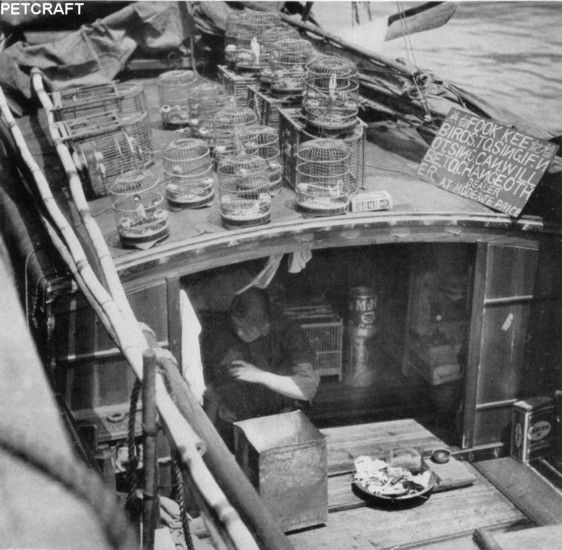 “Birds to sing. If not sing can will be to change other. Dealer at moderate price.” So reads a Chinese vender’s shingle on his “houseboat” moored to a wharf at Kowloon, on the mainland opposite Hong Kong. Like water beetles, flotillas of junks and sampans crowd the shores of Cathay’s rivers. They are floating homes for thousands of families who never sleep on land.
Photograph by Alfred T. Palmer