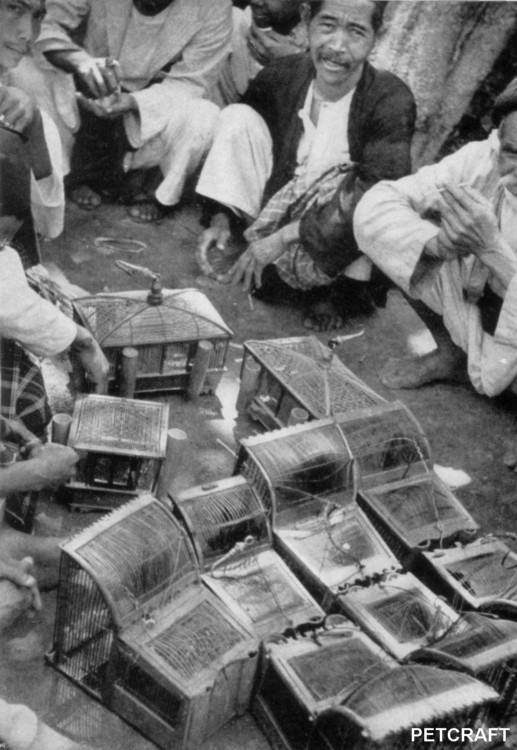 At Fort de Kock, Sumatra, in the Netherlands Indies, a quorum of tribesmen squat on their heels around oddly shaped cages of wood and split bamboo. While wives trade chickens, ricecakes, candy, or baskets in the open-air market, the men gossip about their bulbuls and doves-and doubtless about the people next door! In Sumatra the dove is an emblem of luck, and therefore common in captivity.
Photograph by Maynard Owen Williams